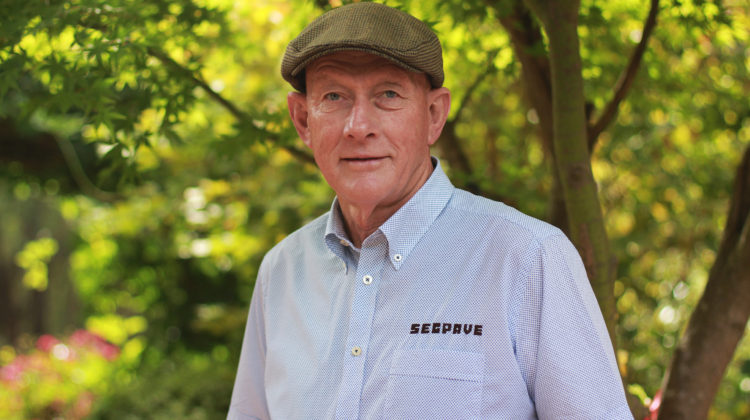 Architecture & Design is proud to announce Premier Pavers as the official ‘Landscape and Urban Design’ category sponsor for the 2017 Sustainability Awards. 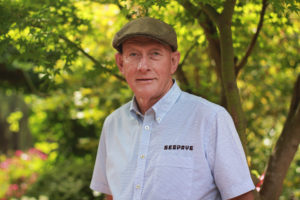 In the lead-up to this year’s event, we spoke to Nic Van Diemen, a Premier Pavers consultant and ISSI Fellow in Permeable Paving, about reducing waterway contamination, the urban heat island effect, and how Premier Pavers’ trademarked Premier Hydropavers® product is making runoff a thing of the past.

How can paving impact environmental conservation?

Paving can often seem like an innocuous decision in urban environments, but that can’t be further from the truth. The primary concern with paving decisions is with water runoff and the contaminants that can make their way from hard, urban spaces into our natural waterways and oceans, where they can harm natural wildlife. It can even affect our drinking water! Otherwise, the same paving decisions can also impact the temperature of our cities, known as the ‘urban heat island effect’. And then there are more subtle issues, such as maintenance and providing ease of access.

Now, not all paving systems contribute to these problems. Permeable paving systems are different than typical paving systems in that they allow water to re-enter the natural water table before picking up all of these contaminants, including heavy metals, hydrocarbons, organophosphates and organochlorines. And Premier Hydropavers®, a state-of-the-art permeable paver from Premier Pavers, build on that even more. 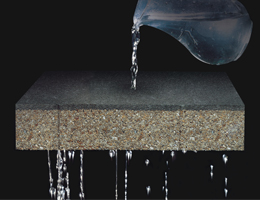 Premier Hydropavers® are innovative, extremely strong, durable and attractive ceramic permeable pavers. The Pavers have the ability to infiltrate 25 mm of rain per minute under normal circumstances. They also absorb vehicle noise, contributing to a peaceful environment, and offer a comfortable and safe surface to walk on. They come in a range of sizes and colours and are colour fast, and additionally have extremely good slip and abrasion resistance.

How important is it to the environment to reduce run-off from hard surfaces and how does permeable paving achieve this? How do Premier Hydropavers® compare to traditional permeable pavers?

The reduction of run-off on paving surfaces is one of the biggest issues in urban environments worldwide. In rural environments, run-off is estimated at five percent of total rainfall, but in urban environments that figure is estimated to be at 95 percent. The reason for this, as I said previously, is because of the contaminants that run-off picks up on its way into our natural waterways via hard urban surfaces. Traditional permeable pavers reduce this by allowing water to infiltrate in the joint spacing between the pavers — about 6 percent of the total space.Premier Hydropaver® have the ability to reduce run-off by 100 percent due to the fact that the entire surface area infiltrates water, not just that 6 percent. When the whole surface is permeable,Premier Hydropaver® can eliminate the problem of ponding and the need for drainage pits and the maintenance thereof. It also prevents solid waste from entering rivers, oceans and underground water supplies. 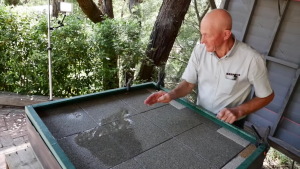 All pavements require maintenance. With traditional permeable paving the water enters via the 6 percent of joint area. If the joints become clogged, the permeability will be greatly reduced. Paving surfaces accumulate dust and grit over dry periods. This dust, grit and other debris eventually accumulates in the joints, thus reducing the permeability of traditional permeable paving.Premier Hydropavers® will only allow a substance to enter the paver when it is in a soluble state. So any dust and grit that accumulates on the paver does not influence permeability. With Premier Hydropaver®, the entire paving surface is like one large drainage system and the paving acts like a sponge.

Could you go into more detail about the effect paving has on the urban heat island effect?

The urban heat island has a significant effect on urban environments, particularly overpopulated overseas cities. Major Australian cities are lucky enough to be in coastal positions where the climate is usually favourable, but there is typically still a notable difference between cities and their outer suburbs, where there is minimal shading and no chance for cooling air to come in from the ocean. While traditional paving adds to this problem,Premier Hydropaver® can assist in reducing the effects of the urban heat island through a process known as evapotranspiration. In a normal rain event, the first 6mm of rain can be stored in the body of Premier Hydropavers®. This is 9 percent of the volume of the paver. This water then evaporates back into the atmosphere, offering a cooling effect on the surrounding area, contributing greatly towards mitigating the urban heat island effect.

The choice of pavement is incredibly important to the creation of democratic spaces and equal access. How has Premier Pavers approached these issues?

Open space areas that use segmental or permeable paving should be accessible to everyone. Traditional permeable paving using concrete block pavers with joints filled with 2-3mm stone grit tend to have a much coarser and more uneven surface than Premier Hydropavers®. Due to their advanced technology and slip-resistant surface, Premier Hydropavers® create an aesthetically pleasing, smooth and safe surface for easy access for wheelchairs, prams and so on, The surface is also more accessible for the elderly who may require the assistance of walking sticks and walking frames. 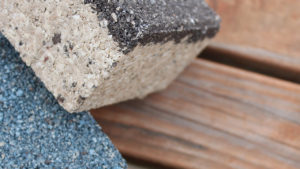 Premier Hydropavers® have a wide range of colours, from the subtle, to elegant to a splash of colour!

What do you see as the future of paving — and in particular permeable paving — over the next decade? Are there any emerging technologies you think will be useful in tackling social and environmental sustainability?
The introduction of more recycled materials is a trend that is gaining prominence, and recycled materials such as plastics, concrete and glass can all be used in the production of paving products.Premier Hydropavers® are already manufactured using a byproduct of the manufacturing process of ceramic tiles. And this process can be applied not only to the production of the pavers themselves but also the materials that are used in the construction and installation of permeable paving systems. Premier Hydropaver® will continue to be world leaders in the production of permeable pavers and I am extremely excited about what they can offer the world in regards to environmental sustainability, in particular the improvement of the quality and availability of our water. We all recognise the importance of plentiful and good quality water throughout the world.