An Investment towards Water Security in Melbourne | Hydropavers

Permeable Hydropavers | An Investment towards Water Security in Melbourne 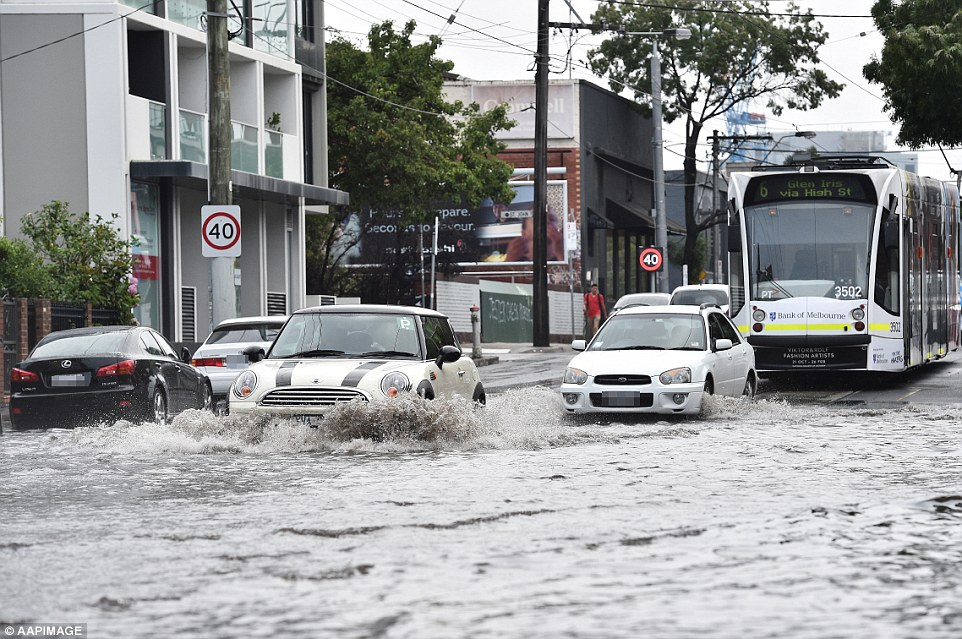 The above photo might seem alarming to someone who has recently arrived in Melbourne. However, over the past 100 years, Melbourne has seen heavy rains and residential flash flooding as a result. These types of city floods have been witnessed in suburbs that were developed before the mid to late 1970s.

Planning authorities at the time did not have the resources to take into account what would happen when the existing drainage would overflow. Now, it is the responsibility of the planning authority to address this issue in a preventative manner.

The rains in Melbourne can be frequent but is hardly a reason to stay indoors. At certain times, however, continuous rain can cause flooding in many of Melbourne’s suburban streets. When the existing drainage system in some of these suburbs reach capacity, the excessive water then flows along the roads and other overland flow channels to the nearby rivers and creeks, this runoff water is made up of rainwater and sewage that overflows into the streets.

This scale of flooding does not cause any monumental damage to human life or property but can create severe bottlenecks for home owners, commuters and the city’s maintenance authorities to do their everyday jobs. Such water runoff usually causes minor flooding into low lying homes and roadside establishments and most importantly, over 90% of this water is wasted. Whereas, permeable paving allows this water to be stored as groundwater or flow back easily to the ecosystem. The permeable paving system also decreases stormwater runoff and prevents soil erosion due to flooding.

Permeable paving is the most effective solution to combat urban flooding. It can also be installed by homeowners to protect their driveways and backyards from excess water stagnation. Premier Hydropavers® Permeable Pavers are suitable for supporting heavy vehicles and any adverse weather conditions.

How does it work?

In the event of heavy rainfall, the excess water does not rush into the sewers. The water slowly passes through the pores of the permeable paving, getting filtered in the process. Constant road usage by vehicles of all kinds can leave layers of oil and other chemicals on the streets. Permeable paving allows such harmful residues to be filtered out rather than having to pass through the sewer system.

This system mimics nature in the most fundamental sense. It allows water to pass through just as soil would soak water to avoid landslides and water runoff.

The area faced multiple issues of flooding and residents were suffering the constant mismanagement of rain and sewage water. After multiple complaints, Atlanta Mayor Kasim Reed ventured out to find a solution to this problem. And thus, a whopping $15.8 million was invested in removing existing asphalt roads and replacing them with permeable paving.

The results were astonishing. This project wrapped up in June 2016 and is now a source of pride for the people of Atlanta. Stormwater no longer floods into the streets and homes remain dry even through heavy rainfalls.

The initial cost of installing this paving pays for itself by reducing future expenditures caused by heavy rains, flash flooding and unexpected weather conditions. Permeable paving is not a band aid fix but a long term solution to personal and public infrastructure.

Premier Hydropavers® offer an effective solution to your water-cycle management. Contact us to arrange a demonstration of their water-sensitive solutions. We’ll show you how our environmentally friendly permeable pavers can transform your next project..!!