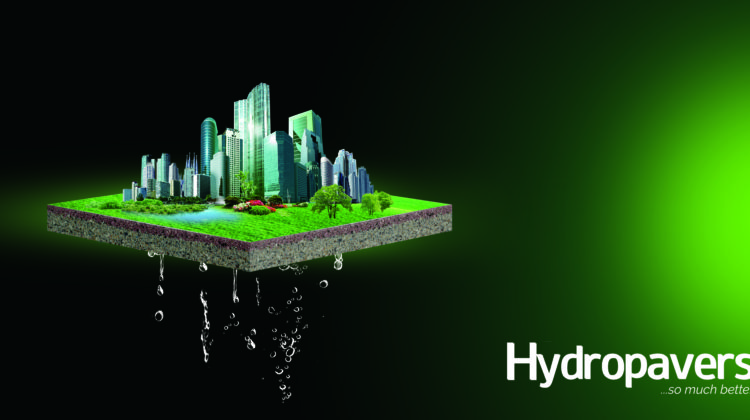 As our cities expand, existing issues of water runoff, contaminants and the urban heat island effect (UHI) have the potential to worsen if they are not dealt with proactively. Water runoff is one of the largest issues when attempting to employ a water-sensitive urban design (WSUD) strategy, with chemicals, excess nutrients from fertilisers, heavy metals and larger debris each finding their way into our waterways and local ecosystems soon afterwards. These can pose significant threats to the natural environment, harming both flora and fauna as well as potentially contaminating our drinking water.

Today, more than half of the world’s population lives in urban areas. By 2050, that number is expected to rise to two-thirds. If cities and urban areas continue to be designed as they are now, the aforementioned issues will only worsen. In order to reduce the impacts of water runoff and the UHI effect, strategies must be put in place to cope with the increasing urbanisation of our environment.

Permeable paving has long been an option to help reduce the impact of water runoff by trapping water and filtering it via the base material through to the soil. The pavers thereby prevent pollutants from collecting on the paving surface. However, traditional permeable pavers are limited in their effectiveness, with the ‘permeable’ aspect being restricted to the gaps between the pavers.

Premier Hydropavers® looks set to help solve this issue. These pavers are capable of infiltrating more than 1500mm of rainfall per hour, easily infiltrating the manufacturer’s minimum infiltration rate of 25 mm per minute. Doing so removes the need for additional drainage systems.

With a proper base material, that water can then return to the soil or natural water table. Premier Hydropavers® are additionally capable of retaining the water if less than 6mm of rain falls in a day. Captured water is then set to evaporate back into the atmosphere over time. Another advantage to this is that evaporated water can provide a cooling effect, reducing the impact of the UHI effect.

The UHI effect is not a new phenomenon, but it is increasing in intensity as cities are continually built up and existing forms of shading, such as trees, are removed. Dark surfaces such as asphalt – alongside other materials with high thermal mass, such as concrete – absorb heat during the day and slowly release it over time, causing temperature differences of around five degrees between urban environments and their surrounds.

Traditional pavement adds to this effect, without any system in place to limit its impacts. If utilised in significant enough numbers, Premier Hydropavers® has the potential to help diminish the impacts of the UHI, taking advantage of the cooling properties of stored water. The same process also assists in reducing the surface temperature of the pavers themselves.

This process mimics the natural process of evapotranspiration that typically occurs in surfaces that hold moisture such as soil, lawn or other vegetation. This process – useful for the cooling effect it has on the surrounding environment – cannot take place where there are impermeable instead of permeable surfaces – common with many of the surfaces found in an urban environment. While this is not the only factor impacting the UHI effect, with reduced air flow and heat exhaust from vehicles also playing a part, it is certainly significant.

The absorption of water into each paver also prevents hazardous puddling and pooling, backing up the pavers’ anti-slip qualities for pedestrians, and reducing accident risks for drivers by removing potential sources of sun glare and night-time reflection.

With extensive industry experience, Premier Pavers is a company that prides itself on being able to deliver high-quality products at affordable prices. Furthermore, as the exclusive supplier of Premier Hydropavers® in Australia, Premier Pavers are the foremost experts in permeable paving.

When compared to traditional permeable pavers,Premier Hydropavers® also require minimal maintenance, as the entire surface area of the paver serves to take in water instead of the minimal joint space between pavers. The pavers cannot be blocked up like traditional forms of drainage or alternative permeable pavers, as the porosity is not significant enough to permit the access of large foreign bodies.

With Premier Hydropavers®, the Urban Heat Island effect can be confronted head-on as our cities continue to expand, and the harmful effects of water runoff can be minimised; increasing groundwater supply and water quality, preventing soil erosion and stopping waste from entering our waterways. All of this is intended to play into a broader WSUD strategy, properly appreciating the limited availability of our fresh water and ensuring it is accessible by the flora, fauna and current and future generations that depend on it.

Architecture & Design is proud to announce Premier Pavers as the 2017 ‘Landscape and Urban Design’ Sponsor for this year’s Sustainability Awards. To find out more about the awards, click here.